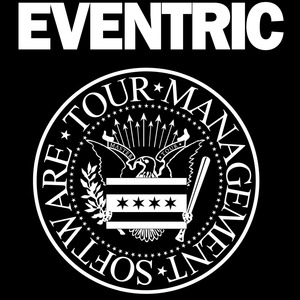 Eventric software is designed specifically for professionals who make their living on the road. Our applications and online services are constantly refined based on real-world experience and user feedback. Our users are out on the road right now, making live events happen. Join the top professionals in the music and ...

touring industry and give Master Tour or Live Access Ticketing a try today for free.

Apps and data don’t tour, humans do. That simple principle animates Master Tour, the comprehensive platform that allows artist managers, tour managers, production managers, and anyone on tour to coordinate everything from schedules and guest lists,  to treatment of that pesky sore throat on the road. Like a reliable, hard-shell guitar case, Master Tour has been road-tested on thousands of tours by the likes of The Dave Matthews Band, The Black Keys, Wilco, Jay Z, the USO, and Weird Al Yankovic. It’s won the approval of major festivals like New York’s Summerstage and The Civic Theatre in New Orleans. It’s proven to withstand tours of any size, thanks to its organic origins and word-of-mouth growth over seven years.

More than a bundle of features, Eventric’s Master Tour connects all the dots, from advancing to accounting at tour’s end, uniting all the dispersed info related to a tour in a single hub. It functions both online for real time updates and offline from a moving vehicle or airplane, via laptop or mobile. It allows the dozens of people involved in touring--from guitar techs to travel agents to publicists--to get automatic updates when something key to their job changes, and gives each user access only to the parts of the tour data they need to see, a feature unique to Master Tour.

Eventric CEO Paul Bradley comes by his tour management software obsession honestly. After starting his own promotion company in college to bring major jam bands to Des Moines, Bradley went back to his hometown of Chicago and worked at Tantrum Records, managing and then booking tours. When a member of the Irish-inflected powerhouse band The Drovers couldn’t hit the road, Bradley leaped in, learning the band’s eclectic drum parts on the fly--even as he faced packed 800-seat theaters where fans sat in rapt, silent anticipation.

As a tour manager and road warrior, however, Bradley knew on the fly was not the way to roll. Like many tour managers, he cobbled together his own quirky system using spreadsheets, database programs, and other bits and pieces. He knew there was a better way to tie it all together. With decades of hands-on touring and tour management experience under his belt, Bradley and fellow tour veteran Ian Kuhn decided to build what later became Master Tour. “It began as a simple tour book template that Ian had created for the Smashing Pumpkins, then with The Dave Matthews Band,” recalls Bradley. It became a widely shared Filemaker database. When that was pushed to its limits, Master Tour launched as custom-built software on an Adobe platform, with a very low monthly fee and free mobile version for team members.

As the product evolved, Bradley and team created something that did far more than help with routing. It incorporated tools to deal with every eventuality on the road, every moment from travel plans to tracking crew information. With a dozen modules--from guest list management to hotel and venue databases--Master Tour has taken on the broad functionality of a program like Word or Photoshop, with lots of potential uses and features to suit a variety of tour scenarios.

“Bands use it for different things,” Bradley says. “Metallica likes to use our Guest List module, for example, but others use it for everything that applies. We are constantly reviewing feature requests and add items that will help the bulk of our clients.”

“The scheduling component alone can be incredibly helpful for getting everybody on the same page about what is happening each day on the road, whether you look at it on the day sheet on Master Tour or get the updates in mobile,” reducing the endless redundant communication chains, as well as the repetitive data entry for groups that tour regularly. For example, once you’ve got a record for a venue in a market--or other large swaths of data--it’s there for good, no matter how your touring crew might change on subsequent runs. For each successive tour, users can pick up right where they left off, reviewing past venue information, crew travel preferences, and even what VIPs didn’t show up for their guest list tickets.

Master Tour shows more than serious road testing; it reveals a keen awareness of what it’s like to be on tour. “Sometimes, you’re on a bus or in a basement green room, and you can’t get cell service or Wifi; you can work offline,” explains Bradley.

“We recently announced a  partnership with telemedicine provider WellVia, now from the road  you can connect with a board-certified doctor quickly and inexpensively to diagnose common issues instead of calling in a ‘rock doc,’ he continues. “We have a deep database with vendors, accommodations, and service providers, as well as some exciting, upcoming announcements coming shortly that will continue to take the hassle out of touring.”

“Master Tour is an invaluable tool for our tour to stay organized with people in multiple offices and locations.  Our schedule is always changing and Master Tour allows us to keep everyone updated without 8 million questions everyday.”
-Curt Jenkins- Production Manager - Lady Antebellum

"Master Tour is a wonderful tool for organizing our tour and communicating with all 120 member of our staff. It is highly recommended.”
-Alan Floyd - Tour Manager, Beyonce

"Incomparable.  Nothing else in the industry holds a candle.  I've converted 30 year tour veterans to using their phone instead of hard copies for day sheets and tour books!  So user friendly that anyone can figure it out!”
-Misty Roberts - Production Coordinator- Metallica, Bruno Mars

“I’m not even sure how I kept things organized before I was introduced to Master Tour. I have three different artist in play and having all of them in the Master Tour system helps me keep up with routing, guest lists and advancing without having to shuffle tons of files and paper. I also love that we can move our tours towards being green and not fussing with multiple binders. Building day sheets is easier than ever, and having our staff lists available in the phone app is great for things that happen on the fly.”
-Adriane Biondo - Production Coordinator - The Black Keys